phs Group has been recognised by CIPR Cymru Wales PRide Awards 2019, for our work in supporting period equality.

phs was shortlisted for 3 awards and on Friday night came away with all 3! 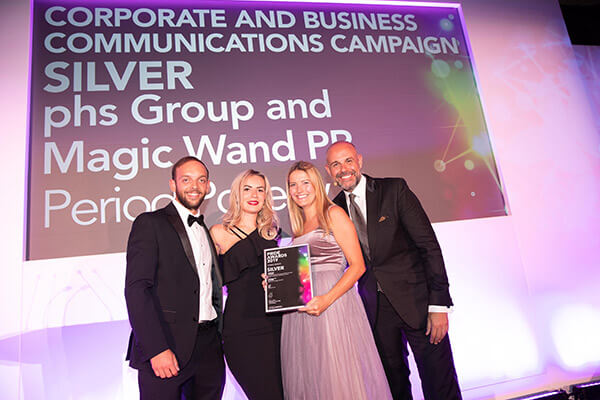 Talking about the campaign, the judges said:

"This was a really bold campaign that drew attention to an incredibly important subject, and sought to find a solution too. Widespread broadcast coverage, coupled with extensive print and online articles, helped to establish phs Group as the period poverty expert, surpassing all of its competitors. The campaign has also left an impressive legacy, with the Government now speaking to phs Group, and phs Group also leading official Government taskforces. This campaign really does show the power of PR. Bold, clever and well executed."

Period equality is a cause that is a natural fit for phs and something that we are passionate about supporting. That’s why we’ve created phs Period Equality, a programme of activity designed to do four things: 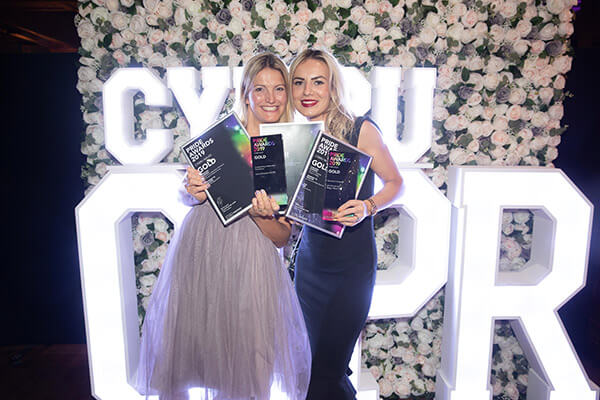 As part of this phs Period Equality initiative, we’ve commissioned new research into the experiences and opinions of girls surrounding period equality and have kick started an awareness-raising campaign.

We’ve also been appointed to the UK Government’s official Period Poverty Taskforce with one common goal; eliminating period poverty. In partnership with Bloody Good Period, phs is leading one of just three workstreams tasked at improving access to period products for those who need it. We believe that bringing together our expertise, experience and resource will create a force to be reckoned with.

Visit the period equality section on our website, to find out more

How businesses can save water and cut costs

Time for a fresh air approach

Teachers call for better ventilation solutions in schools, as concerns around COVID infections in classrooms increase