Teachers call for better ventilation solutions in schools, as concerns around COVID infections in classrooms increase

Three in four (74%) education staff are disappointed in central and local government for failing to find a better solution for air purification in schools, according to new research released today (7 January 2021) by phs Group.

Just a few days into the new term, almost 70% of school staff voiced concern about being put at risk of COVID infection, with a quarter foreseeing regulating COVID in classrooms during the approaching winter months difficult to manage. More than half of educators (58%) predict there will have to be a return to former measures and disruption if better ventilation and air purification systems aren’t put in place.

The independent research, commissioned by phs, the organisation leading a major study into pollution and air quality in schools alongside the University of Surrey*, worryingly found a fifth (21%) of teachers claim they do not understand or are not familiar with the Government’s open window policy. This policy dictates that windows should be opened in classrooms to ventilate the air and purge potential viruses.

Shockingly, for over a quarter (27%), implementing the open window policy isn’t possible, because they work in classrooms where windows cannot be opened. Nine in 10 education staff said there was between one and 10 rooms in their school with windows that couldn’t be opened, with half of staff (50%) saying it was impossible to implement the open window guidelines in five to 10 classrooms at their school. 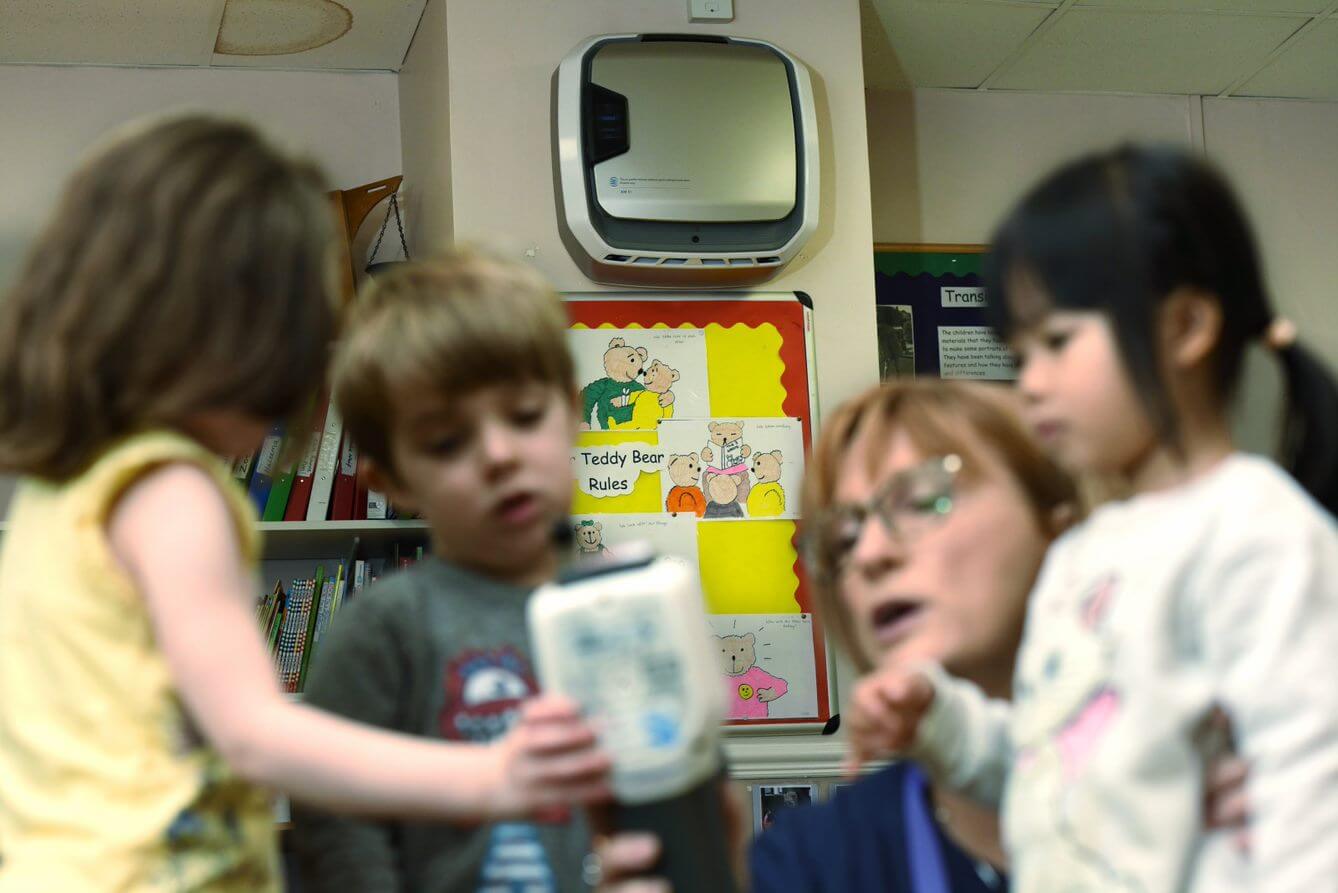 The University of Cambridge’s Professor Paul Linden, an expert on the role of ventilation in the airborne transmission of COVID-19 said: “If we’re going to keep our schools open we have to keep our children and teachers safe.

“We know that poor ventilation increases the risk of infection. COVID is spread through airborne particles that can be filtered from the air and removed by introducing more fresh air. Opening windows is just the first step, and we have to ask ourselves how practical this is, and how much responsibility can we put on teachers? How much do we open windows and for how long? Every classroom is different and ventilation is complicated; we can’t expect teachers to be ventilation experts. The best answer has to be a combination of solutions that suits each individual classroom”

Parents were also surveyed for their view on indoor ventilation as part of the study, phs also discovered that despite guidelines and legislation, almost half of parents (46%) haven’t sent their children for PCR tests when instructed on up to four separate occasions, putting unprotected teachers at risk. Reasons for failing to test their children when instructed to do so included not believing their symptoms were bad enough (30%), their children hating being tested (30%), and not wanting the disruption of the child being off school (21%).

Chris Brown, head of public sector at phs said: “Anecdotally, we became aware of a trend of parents not testing their children because they don’t want to risk having them isolated for 10 days if they test positive. This, as well as a range of other factors, is causing teachers increasing anxiety, at the start of a difficult year for the profession. Teachers deserve better protection.”

A fifth (21%) of teachers expressed the Government’s current guidelines on ventilation were impractical, with a further quarter (25%) saying it caused more problems. A quarter (24%) of educators claimed it causes more viruses due to students and teachers being cold in the classroom, leading to causing further absenteeism with half (50%) saying they have more staff off than ever before. Parents similarly expressed concern that open windows were compromising the ability of children to learn in the cold. Two-fifths of parents (40%) believe open window guidance is impractical in colder months, and that the policy should be suspended on the coldest days.

phs has been steadfast in its commitment to finding the optimum way of creating a cleaner and safer environment in schools and anywhere indoors.

Independent laboratory testing has provided the strongest evidence yet that phs Group’s phs’ AERAMAX® PROFESSIONAL III & IV have been proven to be effective in eliminating aerosolised concentration of SARS-CoV-2 (COVID-19) by 99.9999% through a single air pass test of the purifier. Similarly, phs BIOZONE and MINI POWERZONE units, are proven for effectiveness against SARS-CoV-2 by an independent third-party lab when tested against the approved surrogate Human Coronavirus (OC43). The results found that the UV light technology which treats airborne contaminants passing through the units, which possibly contain COVID-19 material, saw a 99.1% inactivation of the SARS-CoV-2 virus, the virus that causes COVID-19, in as little as 0.25 seconds of exposure. Furthermore, a similar test on the effectiveness of the Photo Plasma technology adopted by BIOZONE, saw a 99.3% reduction of the surrogate Human Coronavirus (OC43) on surfaces in under 30 minutes.

In addition, AERAMAX PROFESSIONAL air purifiers reached 99.99% airborne reduction of a surrogate Human Coronavirus 229E in a 20m³ test chamber within 1 hour of operation in a separate test, helping to create a cleaner and safer indoor environment.